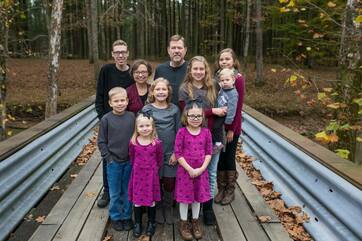 Paul joined the staff at Hillview Christian Church as the Senior Minister in April of 2016.  Paul has served in ministry in varying capacities since January of 2004.  His ministry positions have included student, associate, and lead minister roles.  In 2009 Paul started an outdoor ministry called Without Excuse Ministries. Paul has been featured as the key note speaker across the country at wild game dinners, outdoor expos, and men’s retreats through his efforts at Without Excuse Ministries.  You can visit Paul’s outdoor ministry at www.withoutexcuseministries.org

Paul’s life verse is John 15:5 “I am the vine, you are the branches.  He who abides in Me, and I in Him, bears much fruit; for without Me you can do nothing.” 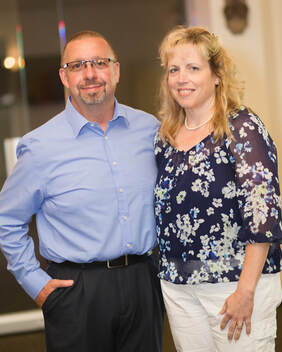 Bruce joined the staff at Hillview Christian Church as the Associate Minister in June of 2016.  Bruce has served in ministry in various capacities since 1991.  His ministry positions have included student, lead, and elder roles.  Bruce and his wife Ronda have been married for 30 years.  They have lived in Southern Indiana for the last 22 years and enjoy serving right alongside the people of Crawford and surrounding counties.

​One of Bruce’s favorite passages is Philippians 3:12-14, “Not that I have already obtained all this, or have already been made perfect, but I press on to take hold of that for which Christ Jesus took hold of me.  Brothers, I do not consider myself yet to have taken hold of it.  But one thing I do:  Forgetting what is behind and straining toward what is ahead, I press on toward the goal to win the prize for which God has called me heavenward in Christ Jesus.”
Darren Stroud, Student Minister
Office: (812)365-3199 ext. 14
Cell: (812) 653-9670
Email: darren@hillviewchristian.com

Darren serves as Student Minister for Jr. High, Sr. High and College Age. He has served as a youth/student minister since 1998 and three churches full-time since 2002, Paoli Christian Church in Paoli, Indiana for 10 years, Central Christian Church in Ironton, Ohio briefly before joining the staff here at Hillview Christian Church in June of 2013.
Darren attended Louisville Bible College. He has a heart for youth of all ages and missions of all types.